Voices.com has just published its precious ‘2017 Trends Report’ for the North American market and I would like to present you with a summary.

Once again these data and conclusions offer a valuable perspective and a needed support to navigate the new market reality in the voice over industry. 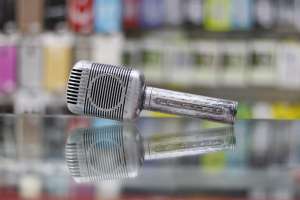 TYPES OF COMMUNICATIONS AND ADVERTISING VEHICLES IN 2016

Throughout 2016, the mediums and vehicles advertisers and content creators used to communicate their messages fluctuated in popularity in response to audience preferences and the perceived return on investment.

Internet Ads: Continued Growth. This is an important area of growth.

E-learning: Going Up. Its growth has the same significance as internet advertising.

Podcasts and Audiobooks: Mixed Messages. Podcasts and audiobooks continue to be mediums that stir interest, but seem to lose participants just as fast as they gain them. 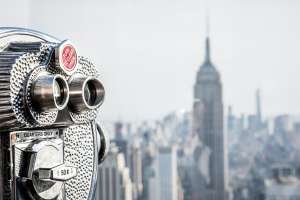 The Fragmentation of Videos In 2016

With the push for content marketing continuing, some are trying to slice and dice what they’ve already created as opposed to creating more, while others are attempting to create a higher volume of shorter, socially friendly pieces.

According to John Stephens of Iris and Light, “Videos are getting shorter and more social media-driven. There’s a huge need for quick, bite-sized online content. Smaller, less expensive productions or the repurposing of existing content.”

“The number one thing that keeps me up at night is the ongoing shift of project complexity and how best to deliver. What used to be one video per project is now anywhere from 5 to 20 videos, also classified as ‘one project.’ As marketers get more ambitious with their content in a bid to keep up or stay ahead of the game, there are now more deliverables across the board for producers.” – Jeremy Richter, Richter Studios

The Ambiguous Value of Apps

App development isn’t an area of high interest for those looking for a quick way to gain consumer attention.

The Rise of Virtual Reality (VR)

VR has also entered the sphere of interest. However, the sentiment appears to be cautious, warning consumers may either continue to avidly adopt VR – or abandon it as a novelty fad.

“It’s interesting to see where 360 and virtual reality (VR) will take us into 2017, and whether or not it will continue to gain momentum. 360 and VR, like animation, have the ability to be versioned globally and tailored regionally. Voice over talent will play a big part in that.” – PJ Lee, Partner at Asterisk Media Group Ltd.

“In 2016, we saw an increase in requests for live streaming services, as well as for virtual reality (VR) and 360 content capture. Only time will tell if VR has the same lifespan as 3D production did, or if it even has legs.” – Todd Wiseman, President of Man with a Cam 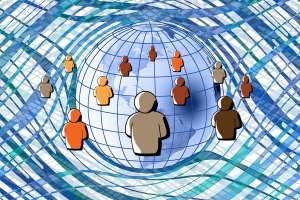 Gen X and Millennials are the Top Focus.

Meanwhile, Gen Z is still emerging at 3%, while Baby Boomers and the Great Generation are balancing out the scales at the other end of the spectrum, with 2% and 1% respectively.

The importance of reflecting worldwide trends is growing.

Creative professionals are leveraging a growing number of international, multilingual voice actors who are participating in the digital voice over marketplace.

This trend appears to be impacting how content producers are crafting scripts and planning the dissemination of their marketing messages in the pre-production phase. 71% produce content in non-English, with approximately 21% of respondents indicating that in 2016, they have increased the number of bilingual scripts they are producing (English + at least one other language).

HOW THE CREATIVE INDUSTRY IS SPEAKING TO THEM

The vast majority of the respondents opted for a voice actor who could sound like a peer(73% want a ‘same age’ voice).

2016 was the year of the approachable expert.

The creative industry definitely had a clear picture of the persona who would come across clearly to their primarily Gen X and Millennial audiences.

While the information summarizes the trends that emerged throughout 2016, it’s worthwhile to note that the expectation is that this approach will continue well into 2017, so long as those leveraging these personas found their efforts to be effective.

The Conversational Persona is Dominating Personas that are approachable and conversational in nature have risen significantly in popularity. The ‘executive’ persona, which is professional and friendly, has risen in popularity by 102%, and the Girl Next Door had become 48% more popular in 2016 compared to 2015.

The conversational ‘type’ of persona includes those such as ‘everyman, mother, narrator and storyteller.’

The announcer persona is dwarfed in comparison.

THE MOST DESIRABLE VOCAL QUALITIES

A persona that held authority, while remaining approachable, friendly, warm, and informative.

In essence, this persona embodied the qualities that most characterize as ‘conversational, a voice that speaks to the listener as a peer – albeit, a peer with the clout of an expert.

OTHER TACTICS FOR VOICE OVER CASTING TO CONTINUE IN 2017

Celebrity soundalikes will not be as prevalent as they were in 2015 and 2016.

The new type of voice that everyone will be hearing in 2017 is one that isn’t perfect; it’s slightly flawed and more real, like that of your best friend. It’s the guy or girl next door. It’s genuine, and sounds nothing like a celebrity endorsement.

A specific variety of accents are in demand for 2017. There is overwhelming support for representing cultural diversity,

The interesting thing about accent use, though, is the varying levels of distinctiveness that are being requested. 18% say that there is a less of a need for a specific, placeable accent – preferring one that is either multifaceted or very subtle – while 27% report that they need an accent that more obviously points to a specific region. For example, a Spanish accent on an English script is not always sufficient: the need exists to regionalize that further to Spanish-Castilian or SpanishGalician in some cases.

At the same time, 14% share that they are increasingly needing a more neutral sound, perhaps so as not to alienate anyone in a larger customer base. 40% report no change at all (that is, they’re still needing neutral English). The rest simply don’t worry about this. 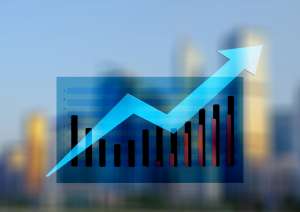 In 2017 the creative industry is stretching to speak to that international audience. Specifically, those with the largest buying power – Millennials and Gen X.

Media and advertisers are moving away from the announcer persona, who ‘speaks to the masses’ to the conversational and authoritative ‘peer’ who speaks to the consumer, one-on-one.

Increasingly, this peer must clearly represent diversity – so their voice, and the brand they’re voicing by extension, can be perceived as relevant, no matter where in the world the message is sent.

The creative industry is also perpetually taking strides to reach consumers where they are – online. Digital advertising is one of the largest areas of increased production – and is neck-and-neck in rising popularity with e-learning, which appeals to generations who value continuous learning, the acquisition of knowledge and personal and professional advancement.

While media producers struggle with having to do more with less, fragmenting content into more manageable online ‘tidbits,’ some are feeling that the pressure is resulting in a loss of creativity as they try to keep up with the expected volume – others feel that flexing their innovation is the only way to cut through the clutter.

With so many diverging trends and emerging technologies, 2017 is sure to be a year to watch, as the creative industry attempts to find its foothold on an ever changing media landscape.

“When it comes to voice talent, we’re getting a strong need for ‘international’ voices that don’t sound like a specific geographic region. People are looking for broad diversity.” – John Stephens, Iris and Light

“We’re seeing an increase in requests for more concise, bite-size content. Our experiential clients are looking for short re-cap videos, that tell a story in 15 or 30 seconds rather than in the traditional 3 minutes. In short, we’re not changing our approach as much as we are editing deliverables for our clients.” – Todd Wiseman, Man with a Cam

“I’m always looking ahead for emerging trends to bring to my clients in visual media, whether it’s technology or style-based. The media landscape is constantly changing, which is a blessing for creative professionals. The continuous evolution allows us to discover new and interesting perspectives on storytelling.” – PJ Lee, Asterisk Media Group LLC