It is time to have look at Voice Over Trends in 2018 and at what resonates with modern consumers on both an emotional and psychological level.

While the number of job postings seeking English voice over continues to dominate the marketplace, the demand for localized voices – those that have an accent or dialect – across all languages, has increased. The message audiences are sending is that they want to hear from someone who sounds like them. Not any English will do, and the same goes for international languages too. Hence, more nuanced voices are being requested in job postings.

Growth in demand for accents

Requests for English voice over with an accent won’t match demand for North American or generic ‘English,’ but they will continue to steadily rise.

From 2016 to 2017, the demand for Non-English voice over grew by 60%, while the number of job postings calling for English only grew by 43% – yet another sign of a growing and flourishing global marketplace.

Top 10 most in demand languages

The most in-demand languages and dialects forecasted for 2018 will be (in order of popularity): English (North American), English (British), Spanish (Latin American), and German.

Millennials and Gen X are still the main target demographic

Just like last year, Millennials and Gen X are still CenterStage. To engage audiences, the creative community tends to choose voice over actors who sound the same age as their target market.

% of projects designed for target demographic

The primary focus won’t shift away from Millennials or Gen X anytime soon, although the coming year will see Millennials become equally as important as Gen X. Baby Boomers, who have held steady at 2% year-over-year, will also rise in importance.

The marketing and advertising community is starting to recognize the growing influence of this rapidly growing population. Baby Boomers are becoming an influential market as even the youngest of this generation marches towards retirement.

In 2018, senior voices won’t come close to unseating Millennials and Gen X in popularity, but we will still see a significant increase in demand, heralding the early stages of a longer-term trend.

Creating a reaction viewed as more important than staying on budget

It’s all about connection and engagement, a feeling consumers will experience more actively as they take in ad campaigns and videos. Creatives are working double time to ensure that their message connects with the right audience.

93% of respondents agreed that the human voice is more powerful than a synthetic (or computer-generated) voice.

Future of voice over skews to female-voices projects

Although it’s too soon to see the gap completely close between the genders, it will continue to narrow throughout 2018. 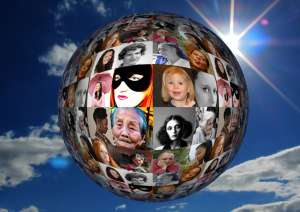 In 2025, the Demand for Female Voices Will Top the Charts

Female voices, in all of their iterations, are becoming louder and more influential. Not only are more and more female voices being heard, they’re in greater demand too – at least in the voice over industry, where a trend has emerged towards an increased demand for female voice over talent.

Truly, the future is female.

As the advertising industry has shifted towards digital avenues where peer to peer marketing is king, voice over jobs specifications have changed to reflect the new landscape. Specifically, the desire among audiences for voices that ‘sound like us,’ appears to have naturally led to a movement for more balanced representation of the marketplace.

Women Have Never Had as Much (Buying) Power

Women are officially the world’s most powerful consumers. Not only are more women employed outside the home, meaning they have more of their own money to spend, they also have the most influence over spending for their households.

Ads are now intended to connect with each gender in their own unique way, and this can include how the advertising looks and sounds. And when it comes to tying in all of the elements into a seamless, powerful advertising message, voice over is a crucial consideration.

88% of advertising and creative professionals agreed with the statement that, “Even if all the elements of my project come together perfectly, but the voice over isn’t good, it can prevent me from achieving my intended objectives.”

One of the dangers of hiring the wrong voice, is that it can make the intended audience feel as though the ad – and therefore the product or service –  is not for them.

The Future of Female Voice Over

While the data shows that the demand for female voices will surpass the demand for male voices by 2025, this doesn’t mean that opportunity will dry up for men. In fact, demand for voice over, overall, continues to grow by leaps and bounds.

What one may expect to see in the coming years, will look more like a re-balancing of what has been a traditionally male dominated industry, and a more balanced marketplace where there is more opportunity for everyone…Remember, the worth of the voice over industry is $4.4 billion dollars, and is growing every day! There’s room for everyone to succeed.